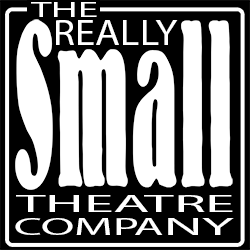 The Really Small Theatre Company was formed in Helsinki in 2005 with a view to staging small-scale, high-quality independent productions in a variety of venues.

Our early productions include:
The Shoe-Horn Sonata by John Misto (2005 at Teatteri Jurkka);
Art by Yasmina Reza, translated into English by Christopher Hampton (2007 at various venues in Helsinki and Porvoo);
Between Mouthfuls by Alan Ayckbourn and The Form by N F Simpson (2008 at Caisa Cultural Centre as FELT IF contributions);
Doubt by John Patrick Shanley (2010 at Q-teatteri, Puoli-Q stage);

In 2014 the RStC embarked on its most ambitious production by bringing Jaston Williams, Joe Sears and Ed Howard's two-man twenty-character play Greater Tuna to life on Tanssiteatteri Hurjaruuth's stage.

Post-registration our inaugural production was The Really Small Reminiscences, comprising A Bed Among the Lentils and A Cream Cracker Under the Settee by Alan Bennett, and Reunion by David Mamet (May 2015 at Puoli-Q).

In 2017 Puoli-Q hosted a sell-out run of Yasmina Reza's The God of Carnage. By way of a prologue the show was accompanied by the tale of Malvolio’s Downfall as chronicled in Shakespeare’s Twelfth Night - our tribute to the Bard in that auspicious year.

In April 2018 we were bursting with pride to be staging two productions! Harold Pinter's The Lover was another sell-out and the often limiting venue of Finnbrit proved to be perfect for its staging.

Close on the heals of The Lover, the RStC produced The Chess Player in co-operation with the Finnish National Theatre. The show is written and performed by Richard McElvain and based on Stefan Zweig’s classic novella The Royal Game (Schachnovelle). The show was performed on the National Theatre’s Willensauna stage.

Also in 2018 we entered into collaboration with Soup Troupe for the first time to stage It's About Time at Höyhentämö-Pluckhouse. This was a combination of short plays: Arabian Nights, Time Flies, and The Mystery of Twicknam Vicarage by David Ives, and Wanda's Visit by Christopher Durang.

Apologia by Alexi Kaye Campbell was another Soup Troupe collaboration in early 2019 and was very well received at Höyhentämö-Pluckhouse.

To maintain the momentum, the RStC often performs stage readings. Since 2015, we have performed Educating Rita, Barrymore, Ingrid, April In Paris, Private Lives, and The Lady In The Van (a Soup Toupe collaboartion). We also regularly support the Finnish-British Society at their Open House evenings and other celebrations.

2020
We will be breaking new ground again in 2020 when we present (in collaboration with Soup Troupe) the very first English translation of Minna Canth's Sylvi at Malmitalo in November. The play is translated by Pauliina Munukka and directed by Pauliina and Joan Nordlund.

The Really Small Theatre Company is a member of Suomen Harrastajateatteriliitto (Finnish Association of Amateur Theatres).