One of the most challenging factors of any stage production can be costuming. Unless you have an extensive theatrical wardrobe to call upon, or the production only requires everyday outfits, meeting the requirements of the script can be extremely difficult at times. If the story is set in a different country, time, etc., new levels of perseverance and ingenuity are called for. When the story has twenty different characters, you start asking yourself why in the hell you picked this play! 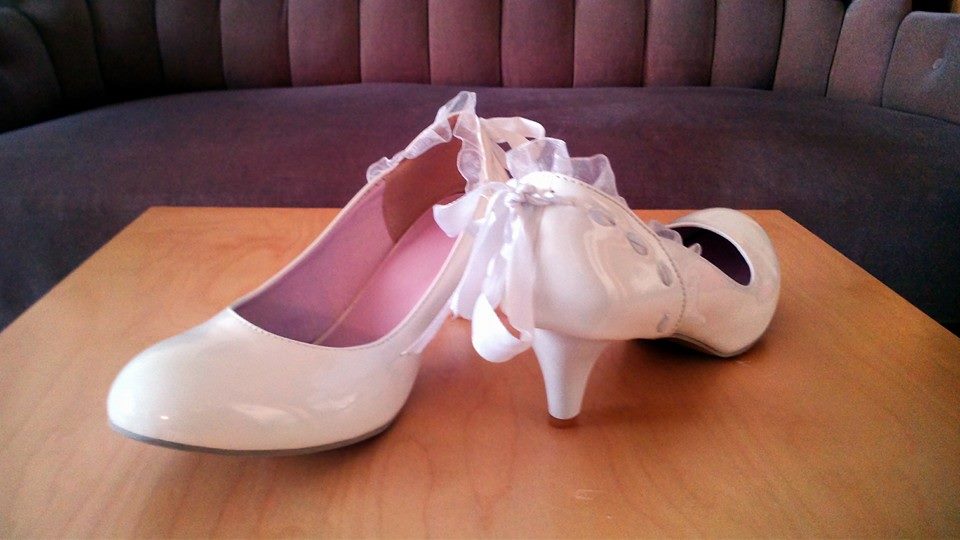 Budget is always an issue, so buying a single item for more than 20€ is completely out of the question. After begging and borrowing from as many sources as possible, you move onto trawling the various UFF branches (a Finnish charity-shop chain). After this you move onto smaller independent second-hand shops. If these fail, you need to hit the Internet. Ebay is my top favourites for choice and price. It also tends to be cheaper than the Finnish auction site, Huuto.net. I have so far found three 'expensive' or 'impossible' costume items for a fraction of the cost of buying retail. One such item was a fairly specific design pair of ladies white shoes in size 43! This pair of shoes came from China and were described by Daniel as, "OH MY GOD! Those are to DIE for!!!!!!!". Inevitably, the size 43 was according to dinky Chinese feet and the shoes will need a little persuasion by a cobbler, but still an achievement.

The next costuming nightmare is how to achieve the twenty-five costume-changes between two actors in very short periods of time (ridiculously short in some cases!). I'm not going to spoil the surprises by divulging the techniques, but let's just broadly say they will involve multi-layers, customisation, fierce organisation, and dressers (yes, plural).

So, what else has been going on this past month? Our new publicity team has met twice now and there are some really exciting events and plans in the pipeline. One such publicity event will be Tuna Out-and-About. There will be at least two early-evenings in August when Daniel and myself will be at large in different locations around Helsinki portraying characters from Greater Tuna. The first will be on the Night of the Arts, the evening of Thursday, 21st August. You will find two Tuna characters taking in the sights and discussing the locals in Esplanadi. In conjunction with this, we will be running a competition for people to find them and submit an original photo of them. Photos will be displayed in our website, Facebook and Google Plus. The photos will be judged by our publicity team and the winners of the best will get free tickets to the show! More details of this (including rules, etc.) will follow in time.

More in this category: « Promote, promote! Radio, blocks, and presidents »
back to top