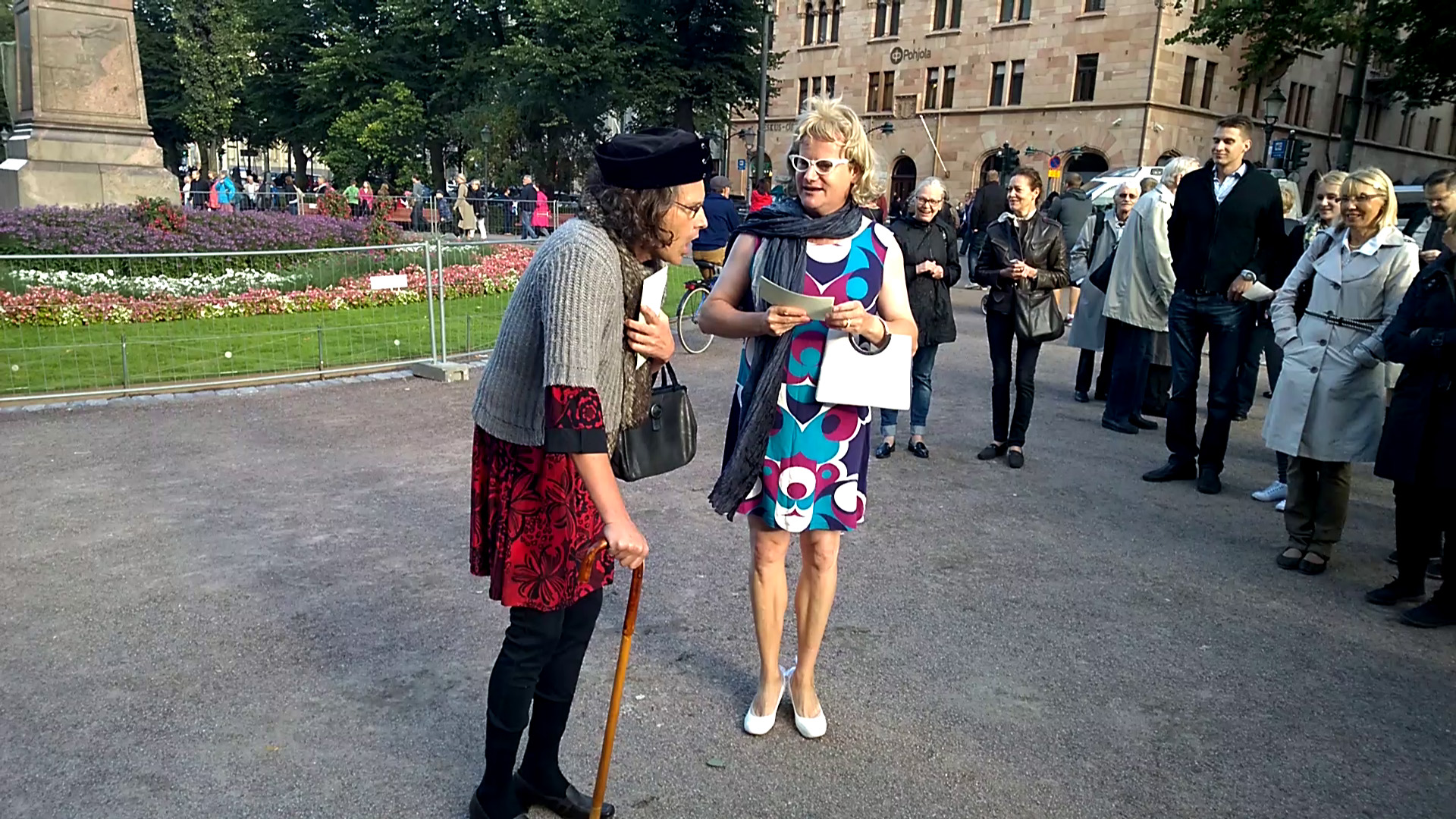 Night of the Arts

Things have been quite on the blog for a while. Summer brought various commitments to many of the production team and work on the show naturally slowed. However, come August, we all burst into life again.

Plans had already been made for Daniel and I to present something on the Night of the Arts in Helsinki (21st August). The problem we faced was that of copyright. We couldn't publicly present any part of the show without permission from the rights-holder and/or authors. This would inevitably require a royalty fee. The solution we came up with originated earlier from an idea Daniel had to have two of the characters sitting having coffee at one of the kiosks in Esplandin puisto. The two characters we agreed upon were Aunt Pearl and Vera Carp, two of the most amusing and, certainly, the most promotable. To overcome the copyright issues, we decided to concentrate on their visit to Helsinki to promote the show. This developed into an 'interview' of the characters, which would allow their personalities to shine. This combined with a number of subtle hints about storyline gave our audience a true taste of what's to come in the show in December.

I must not forgot to mention the team of helpers we had on the days we performed the interview. They were invaluable in distributing leaflets, answering questions about the show, as well as out introductions.

Of course, having no copyright issues, we were totally free to record the interview, and did so in video form. A special highlights video will arrive in the very near future. There is a very strong radio show thread in the actual show, and we thought it would be great fun to take the interview (in a much more structured form!) and present it as a radio interview. This we did last week and have subsequently published them in three parts on the Really Small Theatre Company's YouTube Channel. Included in this blog is the full, continuous version.

We have several other promotional events in the pipeline, some confirmed, some still to be arranged. In the meantime, enjoy Pearl and Vera's interview. Oh, and don't forget that tickets are on sale via our website and are selling steadily!

Pearl's and Vera's radio interview © The Really Small Theatre Company
More in this category: « It's not just two blokes dressed as two women... Quick Change »
back to top