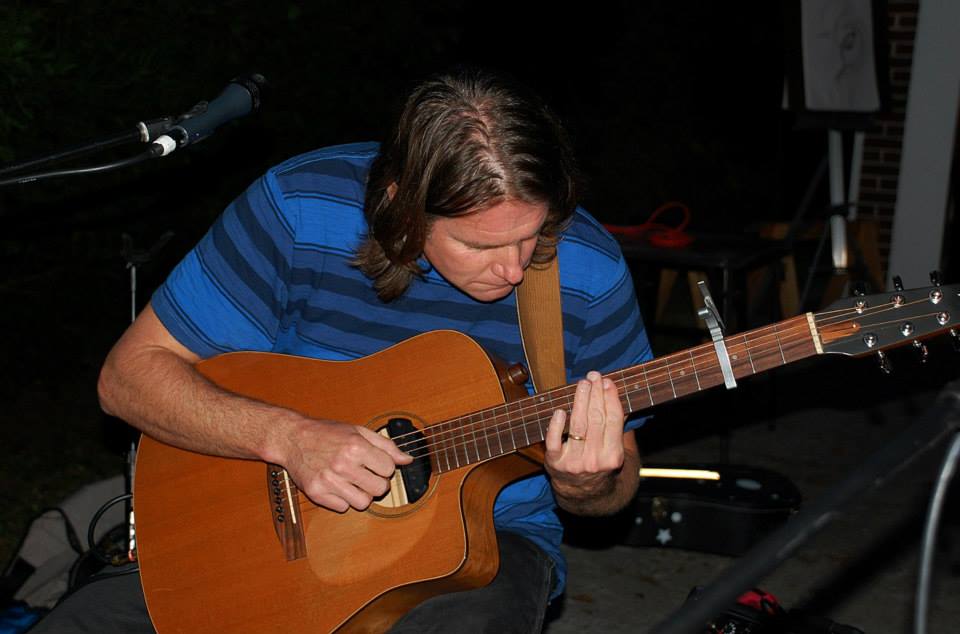 All of the original music that we are using for our Greater Tuna run (at Tanssiteatteri Hurjaruuth 2 – 7.12.2014) is composed, performed and produced by my brother Shaun a professional musician (guitarist) back in the USA. The idea first hit me back in May of this year that perhaps Shaun could put together one or two tunes for the show. Budgeting concerns aside, I felt it would just add much more of a "down home family feeling" to the show. The entire production team was ecstatic when Shaun agreed! On a Sunday evening in late May Shaun and I spoke together and I gave him some idea of what type and style of music we were looking. I must mention that Shaun loves many styles of music but his real love in music is Jazz first and foremost. In our discussion he really picked up on the vibe of the show and the importance of the music. Within the next couple of days, we had a couple of samples ready to be heard. During one of our catchup calls Shaun confided in me that he believed he had tapped into his "inner Country music" soul. Well that's not hard to believe as our parents did introduce us to some Country (Hank Williams, Patsy Cline, Charlie Rich, Dolly Parton among many others) at a very early age in our lives.

Shaun recruited another musician, Skye Sadowski-Malcolm, to provide fiddle on many songs and vocals on the lovely and soothing song Everything. Before we knew it, Shaun had provided eight songs including his own stirring version of the Old Rugged Cross – a soulful hymn written in 1912.

I just wish that there was a good way to package up this lovely music to share beyond our run. The music Shaun created has many dynamics – from heartfelt ballads to humorous jingles to knee slapping, toe tapping guitar picking tunes. Shaun's music contributes so much to the feeling that is at the heart of Greater Tuna. So y'all come on out and clap, knee slap or toe tap along with the music and enjoy the show!

More in this category: It's not just two blokes dressed as two women... »
back to top