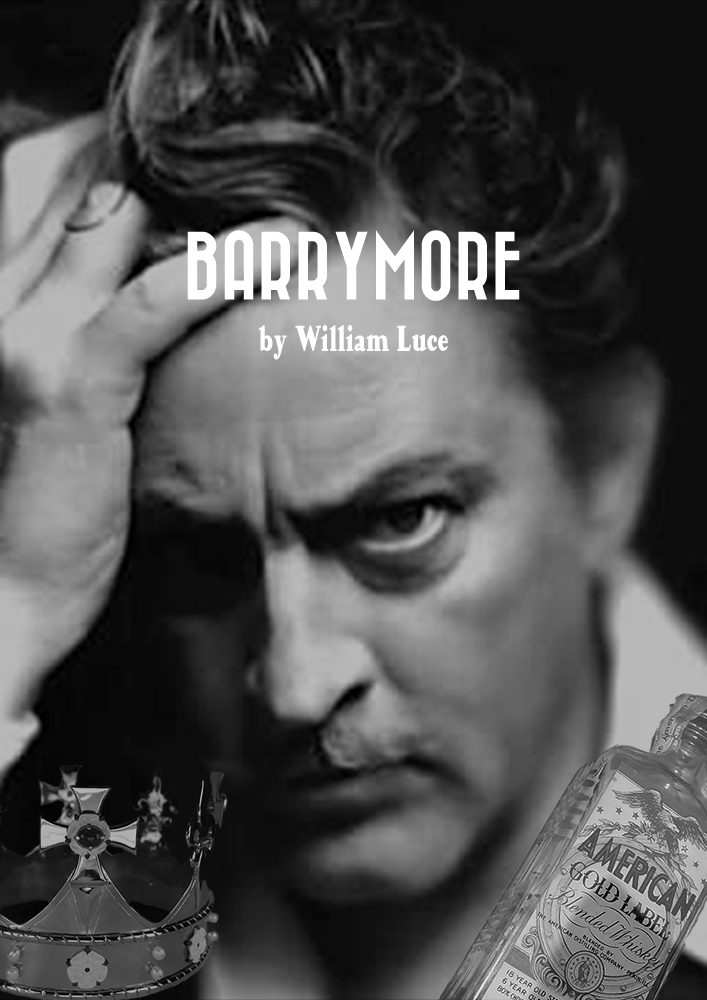 60 year old legendary actor and professional alcoholic, John Barrymore, has rented a stage to prepare for a comeback performance of Richard III. Barrymore jokes with the audience, spars with an offstage prompter, reminisces about better times and does delicious imitations of his siblings Lionel and Ethel.

The play was a great hit on Broadway, with Christopher Plummer winning a Tony Award for Best Actor in a Play. Plummer also starred in a film version of the same play.

NB: There are only 30 seats available, so make sure you book early!

ONLINE BOOKINGS HAVE NOW CLOSED.
TICKETS ARE STILL AVAILABLE ON THE DOOR. CASH-ONLY.

NB: This performance will be a STAGE READING. Whilst the actors will perform with props and movement, they will be reading from scripts.

This amateur production of "Barrymore" is presented by special arrangement with SAMUEL FRENCH LTD. But don't forget: 'amateur' means 'lover' in French...