The Lady in the Van - staged reading 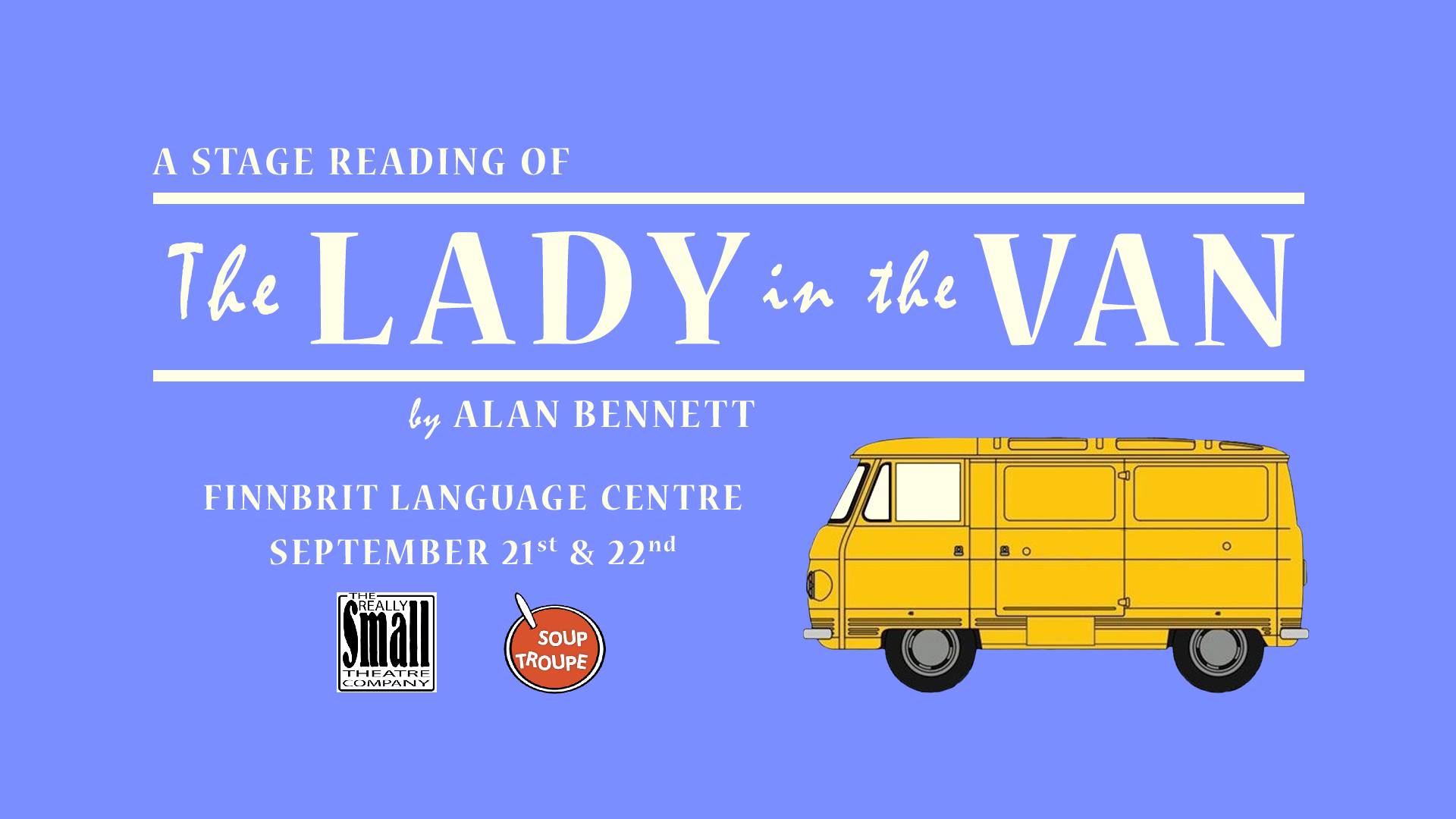 The Lady in the Van

A play by Alan Bennett

Alan Bennett first chronicled his encounter with Miss Shepherd in an article, published in diary form in 1989, after her death. A prolific and successful writer and raconteur, with his Yorkshire roots, liberal views and single status, Bennett was beguiled into allowing this eccentric, educated lady of indeterminate age and background to park and live in her beaten-up old van, temporarily, first outside his house in Camden, and then in his garden. He bade her farewell 15 years later at her funeral. It seems that she had the last laugh!

We hope you enjoy this stage reading of the play Alan Bennett went on to write. Its most recent reincarnation was in 2015, as a film starring, of course, the redoubtable Dame Maggie Smith.

The production has now ended.

NB: This performance will be a STAGE READING. Whilst the actors will perform with props and movement, they will be reading from scripts.

This amateur production of “The Lady in the Van” is presented by special arrangement with SAMUEL FRENCH LTD a Concord Theatricals Company. But don't forget: 'amateur' means 'lover' in French...