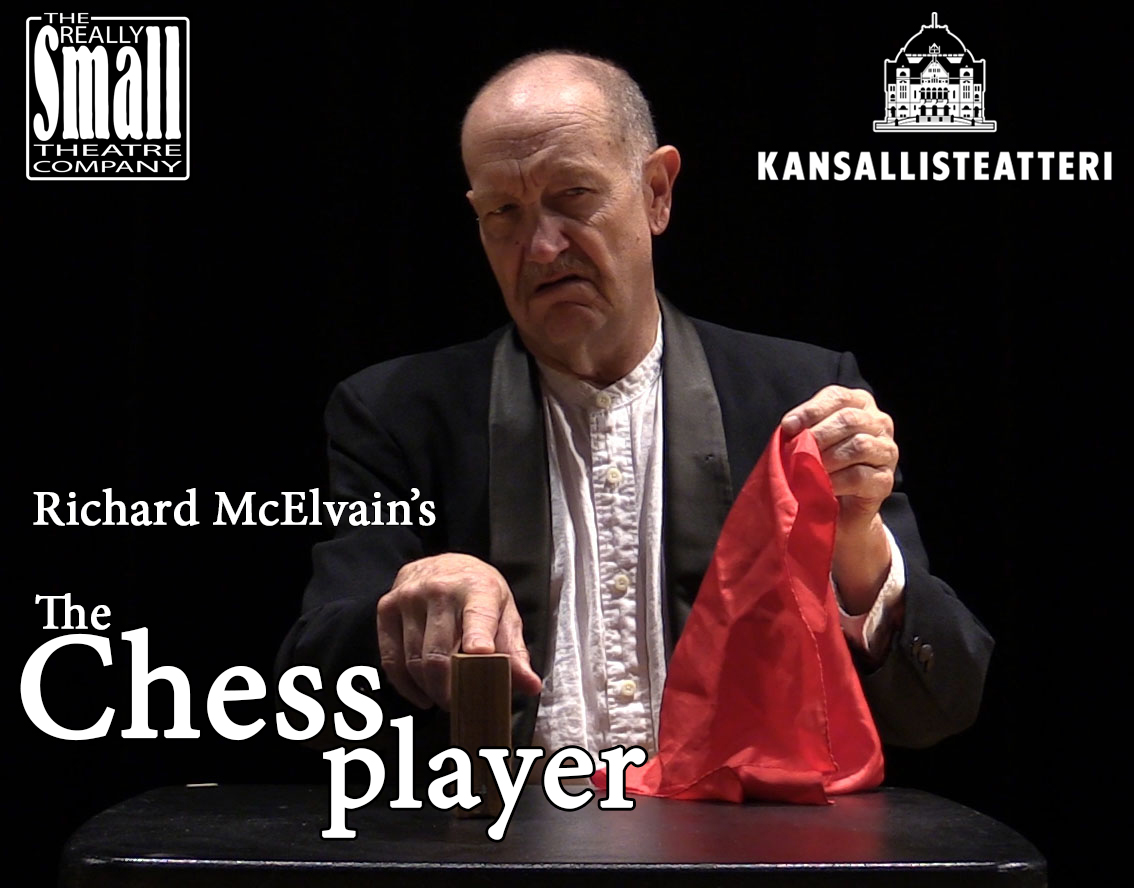 A stolen book of chess games becomes a lifeline for a prisoner in a Nazi jail. Held in solitary confinement, he keeps insanity at bay by dividing his mind between two feuding chess masters. After he escapes, he dares to skirt a volcano of madness by challenging the greatest chess player in the world to a match. Richard McElvain reimagines Stefan Zweig’s classic story as a 75 minute journey exploring the powers of imagination and the pitfalls of obsession.

"Using Zweig’s brilliant story as a springboard, the play explores the power of illusion and how it distinguishes us from all other beasts, how it frees us and at the same time traps us." – McElvain

Richard McElvain is an award winning actor, director and playwright from the United States. He also teaches at Fitchburg State University in Massachusetts. McElvain has created successful stage adaptations of the works of Edgar Allen Poe, Washington Irving, O. Henry, and Saki, as well as his own version of Sophocles’ Antigone.

The Chess Player is coming to Helsinki from its successful run at the 2017 Edinburgh Fringe Festival.